How Can We Help?

You are here:
< All Topics

The DBxtra Report Server is the backbone of DBxtra and contains and controls both the Report Repository (which holds all Report Object definitions, configuration, user security, etc.) and the Report Web Service (used by the end-user to access Report Objects over any Web browser). 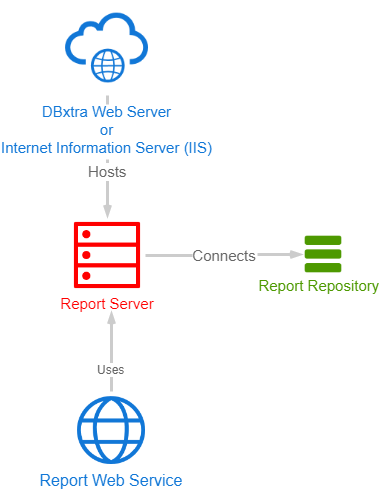 The DBxtra Report Server is a Web application and is hosted by a Web Server, either the internal DBxtra Web Server or by a Internet Information Server (IIS).

When you run DBxtra for the first time it will automatically create and install a Report Server with its Repository using the DBxtra Web Server.

Note: By default, on first run it’s located on http://localhost:8080/DBxtra.NET.

Next Run DBxtra for the first time
Table of Contents

Copyrights © All Rights Reserved by DBxtra – Easy to use Stand Alone Reporting Software.